Core Tip: Researchers at the University of Strathclyde, Scotland, have begun testing equipment developed for solar-powered satellite projects. Their goal is to launch a large number of power generation satellites into space to form a constellation of satellites to meet the electricity demand of the entire city. 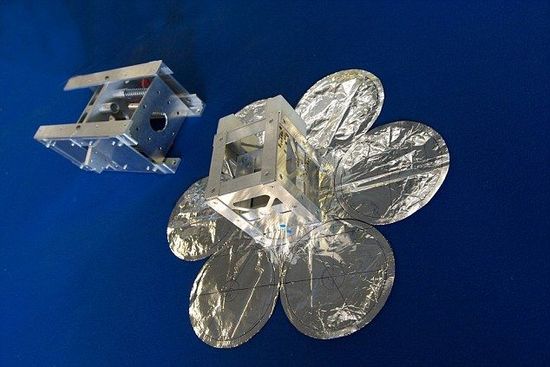 Miniature solar power satellites. Although it cannot replace the current grid, it can be used to supply electricity to remote areas that are difficult to cover in disaster areas or power grids. 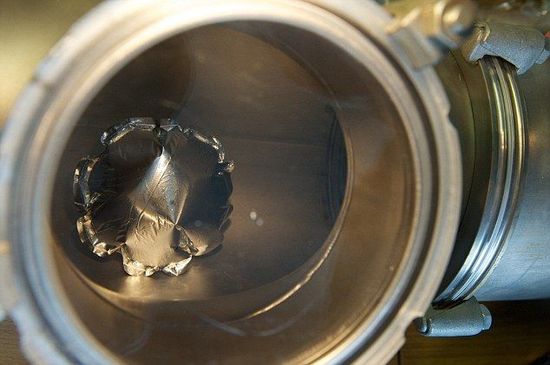 The goal of the researchers is to deploy a fleet of power generation satellites to meet the electricity demand of the entire city. 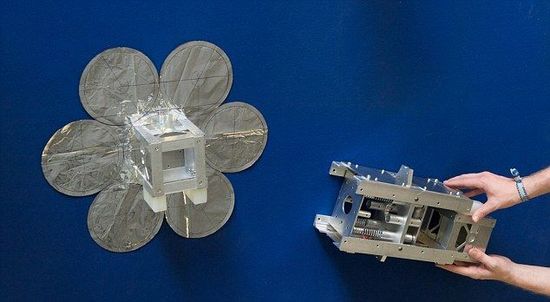 Future power generation satellites will appear in the form of "satellite clusters", and the captured energy will be transmitted back to Earth in the form of microwaves or lasers.

The British "Daily Mail" reported that there is a huge defect in solar panels on Earth - the efficiency of power generation is low. To this end, scientists proposed to build solar power satellites, use solar panels deployed in space to capture solar energy, and then transmit the energy back to Earth in the form of microwaves or lasers. Currently, researchers at the University of Strathclyde in Scotland have begun testing equipment developed for solar-powered satellite projects. Their goal is to launch a large number of power generation satellites into space to form a constellation of satellites to meet the electricity demand of the entire city.

The idea of â€‹â€‹deploying large numbers of solar panels in space has been discussed in depth by scientists. According to a new study by Scottish scientists, small-scale solar-powered satellites are feasible. The research leader, Dr. Maximiliano Vasile of the Department of Mechanical and Aerospace Engineering at Stridschild University stated: "Space is an ideal place to collect solar energy. We can capture sunlight at any time of the day. It is not subject to weather restrictions. Although areas like the Sahara are ideal for building solar power stations, they face considerable difficulties in power transmission."

The implementation of a solar-powered satellite project requires the construction of a receiving station on the ground to receive microwaves or laser beams and convert them into stable electrical energy. In the initial phase of the project, solar-powered satellites were too small to replace the grid, but they could be used to supply electricity to remote areas that are difficult to cover in disaster areas or in power grids. As the project progresses, power satellites will appear in the form of "satellite clusters" that can meet the electricity demand of the entire city.

Vasile said: "Our research is to find ways to eliminate a series of obstacles. With the help of solar-powered satellites deployed in space, we can supply power to difficult-to-reach areas. The energy captured by satellites will be transmitted in the form of microwaves or lasers. Back to a specific area on the earth, this is a reliable and efficient way of generating electricity. Since it can continuously transmit solar energy, it eliminates the need to store energy. Initially, solar-powered satellites could only meet the electricity needs of small villages. The goal is to build large-scale satellite power stations in space and have the ability to meet the electricity needs of big cities."

In April, a group of engineering students at Strathclyde University conducted a revolutionary "Space Network" experiment. In the experiment, they launched a rocket in the Arctic Circle and entered the outer edge of space. The rocket ejected the device they had developed. The device then released a two-meter square net in space. The experiment, named Suaineadh, is an important step towards the design of space structures. The experimental results indicate that a large-scale structure can be built on such a space-based lightweight design, which is equivalent to paving the way for the solar satellite power generation project to enter the next stage.

Vasile said: "Suaineadh's success allows us to enter the next phase of space solar power projects. At this stage, we will study the mirrors used to collect solar energy. Our 'SAM' (adaptive self-inflating membrane The acronym is designed to test ultra-light cellular structures that can be reshaped after deployment into space. This structure consists of a large number of honeycomb components that can be self-inflated using a nanopump under vacuum to change volume. This structure replicates the natural Honeycomb structure.The independent control of the cellular component allows us to turn this structure into a solar concentrator for capturing sunlight and reflecting it back to the solar panel.This structure is gathered by bringing together thousands of individual cellular components. It can also be used to build large space systems."

Strathclyde University's project is part of NASA's Institute for Advanced Concepts (NIAC) research led by Dr. John Mankins of Artemis Innovation. This is an international cooperative research project that involves researchers from Europe, the United States, and Japan. The University of Strathclyde is Europe's representative. The Japanese research team is headed by Prof. Kenya Yasuhiro of Kobe University. In the field of wireless power transmission, Kobe University is the world leader. The NIAC study aims to validate the new conceptual design of large-scale solar-powered satellites. Strathclyde University is responsible for the development of innovative structural components and new ways of track control. (Source: Daily Mail, compiling: shooter)

we offer a full range of chemicals for watertreatment in different area for different purpose, including Acetone, Butanone,Formalin, and any other chemical for solvent usage, we shall provide quotation with detailed description and data. With high quality and first-Class service, we have successfully win the trust  of customers all over the world, both small companies and big enterprice, and we shall continue the high quality products provided and improve our service to get the Win-win result.